I have had the pleasure of working with Mike for approximately a decade now. He is always top of mind when I have medical consulting needs, resulting in me retaining Mike in a number of roles across several different companies. Mike is able to seamlessly integrate into new environments and quickly become a trusted and committed partner of development teams. Mike offers broad clinical-regulatory experience and never fails to deliver high value in both strategic and operational roles. He has been instrumental in leading clinical strategy and efficiently delivering against defined objectives. Mike is an absolute professional and expert contributor across management levels, to C-level officers and with key stakeholders of the company. I offer Mike my highest recommendation." 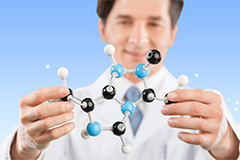 A start-up company was developing a series a small molecule receptor agonists.

They initially consulted with BioStrategics Ltd almost a year before its first Phase 1 trial.

As a result, it was decided to perform extensive, highly specialized pharmacodynamic testing as part of the Phase 1 program.

As part of a “virtual” development team, BioStrategics Consulting Ltd assisted the sponsor in assembling the requisite information, including relevant sections of the Clinical Investigator Brochure, prior to human testing.

We then evaluated potential Phase 1 sites, eventually selecting a site in the United Kingdom, which had previously published articles about studies in the same clinical area.

Dr Silverman was responsible for all of the following:

Not only did the initial trial achieve its scientific objectives, but also all concerned – including corporate management and lead investors – had complete confidence in the resulting data and its implications.

Soon after the trial data were available, the client convened its first-ever team-wide planning meeting, at which the clinical data provided vital decision-making data and were central to a major shift in corporate strategy. Such action could only have been taken following an operationally successful clinical trial – another aspect of our commitment to our clients’ overall success.